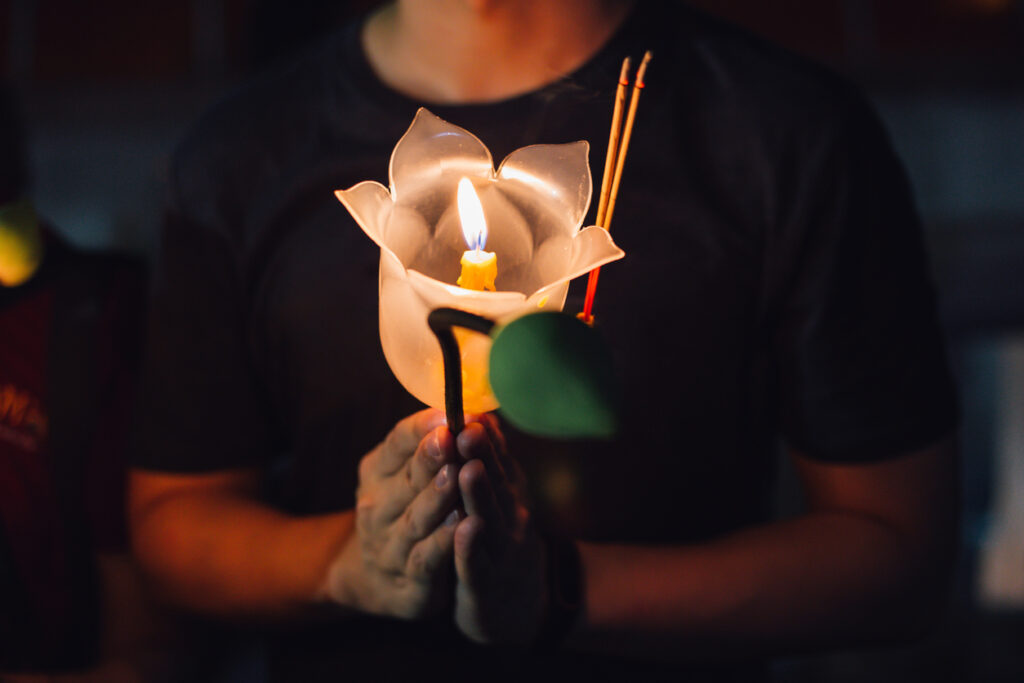 Buddha Purnima – the birth, enlightenment, and parinirvāṇa of the Buddha Shakyamuni The birthday of Gautam Buddha, the founder of Buddhism, is celebrated as Buddha Purnima across the world. It falls on a full moon day in the month of Vaisakh (April/May) according to the Hindu calendar. In Theravada Buddhism, it is also observed as the day Buddha, born as prince Siddhartha Gautama (c. 563-483 BCE), attained Nirvana (salvation) under the Mahabodhi tree at Bodh Gaya, Bihar, and as his death anniversary.

Devotees visit temples, light candles and incense sticks, pray and offer sweets and fruits before the statue of Lord Buddha. Sermons on the life and teachings of Buddha are held and attended by followers in larger numbers. People usually dress in white and distribute kheer as according to Buddhist lore, on this day a woman named Sujata had offered Buddha a bowl of milk porridge.